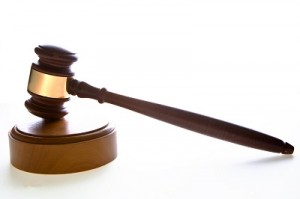 Dietz, a remodeling contractor, has sued Jane Perez, the woman who hired him to work on her home, for libel. Ms Perez has written scathing reviews on Angie’s list and Yelp about Dietz Development LLC of Washington DC  claiming shoddy workmanship, billing for work not done, theft and trespassing. Now Chris Dietz is suing Ms Perez. He argues Perez has slandered Dietz development and now Ms Perez is being sued for libel and damages to the tune of $750,000.00

These are the Tweedledee and Tweedledum of review sites the main differences being Angie’s list is a paid member site and Yelp is free to everyone. Both sites had reviews posted by Ms Perez. A court ruled that a few of the statements posted by Perez were inappropriate and not protected by the 1st amendment and requested them removed. Yelp complied but Angie’s list which is a paid member site and thus not public domain left the reviews by Ms Perez. Angie’s list operates under some of the same protections as any member site or even including hate sites like Westboro Baptist church which would use the 1st amendment to promote their agenda. The 1st amendment can have broad protections to free speech and it should, but within these protections there is room for questionable use of its powers such as, are you allowed to libel a person or business?

Freedom of speech, give it up?

Americans take their freedom of speech as an inalienable right and correctly so but freedoms carry responsibilities and freedom of speech has some restraints, one is you are not free to slander or libel someone. In other words better have proof before you post something like I’m a crook on a website such as Yelp. You can say I acted strange, you can say I was badly dressed or that I didn’t know what I was doing but you can’t say I stole your umbrella if you have no proof. You can’t say I killed your ferret just because he was found lying dead in your sock drawer, you need proof. A witness or a video showing me strangling the little guy or even finding me with bloody ferret fur on my chin would diminish my chances to defend myself against those charges and proof I committed a ferret hate crime would not allow me to sue you for libel. Although I could still sue you for trying to repress my fondness for fresh ferret meat.

Defamation is the act of making false statements about a person or business which damages their reputation. If the untrue statement is published it’s libel, if its spoken it’s slander. Libel is more serious than slander and often results in higher awarded damages and even punitive damages. In some states a retraction of libelous statements will be the end of the matter but if the person who slandered does not admit guilt then a lawsuit may follow asking for damages. So, you can speak freely but you can’t lie when posting comments about services received from a business.

What’s it all about, Alphie?

Perez said Chris Dietz did shoddy work and she also noticed jewelry was missing from her home and Dietz was the only one with a key. Perez did not say she paid money to Dietz and wants it back but she did publish a negative review of Dietz Development which is her right as protected by the 1st amendment.

Hmmm, so Chris Dietz, where did you get those earrings your wearing?

The problem of proof.

For evidence Ms Perez offers photos of badly mounted hinges and stained carpet. Are we to assume Chris Dietz who is a professional contractor with beautiful finished job photos is the same guy who installed hinges that look like they were installed by Leatherface of Texas Chainsaw Massacre fame?

And are we to believe Chris Dietz stained the carpet, or was Dietz hired to replace the already stained carpet? Is the photo a picture of the old carpet before replacement?

Chris Dietz says reviews are good for all and should be protected by the 1st amendment and he also believes that reviews should be honest and fact based. Ms Perez says her reviews were fair and fact based. To date no evidence of theft has been presented.

Both parties have lawyers. Chris Dietz wants to get paid for work done and for damage to his reputation. This is simple to understand as he feels the reviews by Perez were false and spiteful and intended to damage his business. Chris Deitz wants those spurious reviews removed from Yelp and Angie’s list.

Perez also feels she suffered damages citing having to pay another contractor thousands to repair and finish work started by Deitz. Maybe, but the court will decide if this is true or not and Ms Perez will need to come up with something better than her Angie’s list review to make her case. Ms Perez wants justice and cites her freedom of speech rights to publicly trash Dietz as she feels he deserves the reviews she left him.

But wait it gets better.

The big guns smelled blood in the water, the ACLU has offered to represent Ms Perez in this matter. What? A small case concerning a contractor and homeowner fighting over contractual obligations. Every court in America gets a couple of these arguments a day. But there is a difference, this time a contractor has sued a homeowner and asked for certain comments to be removed from the Yelp and Angie’s list website claiming they are false and misleading. Ms Perez makes claims that by most definitions would be considered vitriolic and some of her claims are unsubstantiated.

Damages are claimed by both parties and while mediation would save both parties time and money a lawsuit has been filed. This situation has gone from 0 to 60 in 2 seconds flat and the end result has gotten construction industry professionals and lawyers loading their muskets and fixing their bayonets.

Oh Lordy the Keystone cops of senseless lawsuits have put on their meggings and wigs to come and protect our first amendment rights. But the real reason they are here is something larger than this little spat that the local courts are properly equipped to handle. The ACLU would have you believe they are here to protect the 1st amendment rights of Ms Perez but it goes deeper than that, they are here to add one more state to the list of states that do not allow SLAPP lawsuits, that is a strategic lawsuit against public participation. This is a lawsuit large companies use to censor, intimidate and silence consumers or smaller companies by burying them under the cost of pursuing a claim in the courts. Slapp lawsuits are simply business, your a big company and can spend millions on defense while your smaller opponent bleeds money until they are forced to quit their claim or face financial ruin. I support the removal of SLAPP lawsuits but this is a small contractor and not a company like Enron. Lets not pretend the ACLU cares about more than that. The 1st amendment does not give anyone the right to libel or slander and this is not a SLAPP defense.

The ACLU is looking to squash the Dietz lawsuit using their own version of a SLAPP defense as they have considerably more resources than Chris Dietz, a small contractor with limited legal funds.In this case the ACLU is simply looking to win a skirmish and set a standard which is; freedom of speech is an inalienable right as promoted by the ACLU. Who will protect Americans from the ACLU?

The truth shall set you free maybe.

A customer feels burned and a contractor feels his reputation is seriously tarnished and a local matter is now of national interest and as in most lawsuits the only winners are the lawyers. The law and lawyers are not about truth, justice is blind and lawsuits often go on until the plaintiff or defendant can’t afford the time or the money. This lawsuit will now be about sustaining the free speech rights of Ms Perez and not allowing a businessman the right to defend his reputation. Freedom for one but not for all.

The ACLU has had its share of controversial freedom court battles, two of the best known are defending the KKK and NAMBLA. The Klu Klux Klan and the North American Man Boy Love Association. The KKK of course is a well know group for the advancement of white people and NAMBLA advocates relationships between older men and children, young boys to be exact. The ACLU wasn’t defending either groups principles but rather defending the rights of these groups to congregate and promote through their 1st amendment rights. The ACLU is no stranger to controversy or questionable causes.

Does the 1st amendment matter?

Yes, its maybe the most compelling reason to be American, but what if you started a small business which is an American dream and that business was cleaning homes? One day your customer loses her wedding ring, it actually slipped off her finger when she washed her hands at a restaurant. Your customer thinks she left it on the bath countertop when getting ready to go out but regardless your customer thinks you stole the ring and posts a review on Angie’s list saying you charged too much, did a bad job cleaning and some jewelry was found missing. Would you think that person has the right to say such things? Would you feel the 1st amendment would allow these lies to remain for others to read and use as a reason to not hire you for services? Where in the 1st amendment does it say you can libel someone with no consequence?

If Ms Perez is fabricating events that didn’t happen she gives up some 1st amendment rights for free speech for comments that are not true but her opinions are  still protected, libelous claims are not.

If Chris Dietz took things that were not his then he should suffer the consequences if found charged and guilty but Chris Dietz has not been charged with theft or trespassing or any crime. Until that happens he is merely accused of wrong doing.

In America when charged with a crime and until found guilty, until that very second a judge or jury says the word “guilty” you are still presumed innocent.

Here is the link to the Dietz Development Facebook page